Here are the editors of The Best of the Burlington Writers Workshop 2014.

Martin Bock will select the essays. Martin’s been a member of the workshop since 2011 and has attended more workshops than any other member (88—former record holder and poetry editor Erika Nichols is currently at 71). He writes poetry, fiction, and essays and also is a sculptor of custom-made shamanic tools. He and his wife Melly provide acupuncture, yoga massage, quigong, breath and body-oriented therapies to people with cancer or terminal diagnoses. You can hear him read his work in this podcast. His work was featured in (and on the cover of) The Best of the Burlington Writers Workshop 2013.

Paul Hobday will select the fiction. Paul specializes in short fiction and has edited The Queen City Review at Burlington College. He’s also one of the five who served on the BWW’s StoryhackVT team. A native of Addison County, Paul now lives in Burlington. About his editorial approach, Paul says: “I find it is important to look both at how the work is presented to its audience and at what the writing is attempting to achieve. By keeping these two elements in mind, the refinement process can make a piece of writing truly shine.” 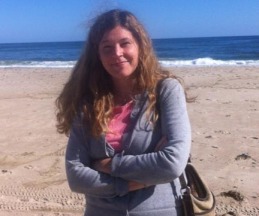 Amanda Vella will select the poetry. Amanda grew up in the Upper Valley. She received her BFA in studio art from Ithaca College and is working on a Masters in Art Education. She teaches art in Fairfield, Vermont. In addition to poetry, she’s also working on short fiction and songs. Since last summer, Amanda has been leading Monday workshops, which has enabled the BWW to reliably provide two workshops each week and, according to Amanda, the experience has solidified her “belief in community discussion and reflection as a means to improve and inform the creative process.”

The editors and I will meet on December 15th to discuss which of the 161 pieces we received will find a place in the next anthology. I do not envy them. The submissions are very good and competition will be fierce. Best of luck to all who submitted work!

Peter Biello is the host of All Things Considered on New Hampshire Public Radio and a writer of short stories, novels, book reviews, and essays. He's also the host of The Bookshelf, a series of interviews with authors from or writing about the Granite State.
View all posts by Peter Biello →
This entry was posted in Anthology and tagged burlington vermont, creative writing, literary journal, self-publishing, vermont, writing project. Bookmark the permalink.

1 Response to Meet the Editors